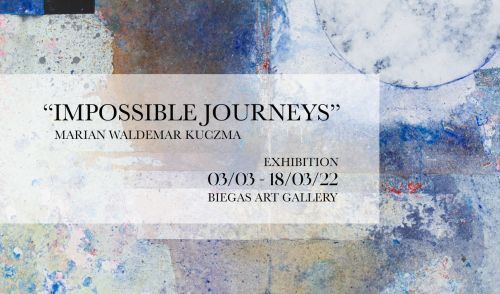 EXHIBITION OF PAINTINGS BY MAGDALENA ATKINS IN A FORM OF NFT TOKENS... 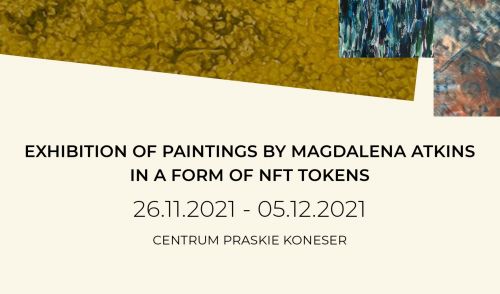 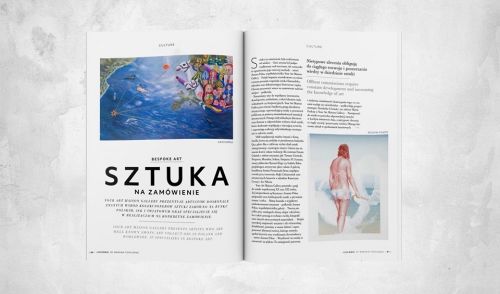 Your Art Maison Gallery presents artists who are well known among art collectors in Poland and worldwide. It specializes in Bespoke Art.

Bespoke art has been created for centuries. Although artists were dependent on patron’s will, it did not limit their artistic freedom– says Joanna Polus a co-owner of Your Art Maison Gallery... 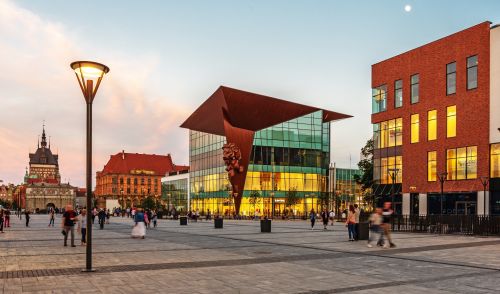 Our cooperation with Forum Gdańsk is flourishing. In the area of the investment our artists - Tomasz Górnicki, Monstfur, Simpson, SC Szyman, Nespoon, and Izabela Bołoz - created beautiful murals, installations, sculptures and playgrounds.

Recently Forum Gdańsk has been enriched with the... 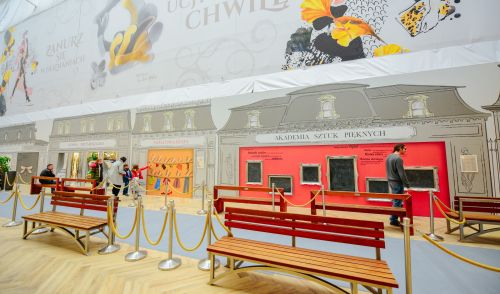 Lately we had an honor to co-create with Atrium Promenada the artistic zone for children in their shopping center.

Temporary installation appeared on the walls... 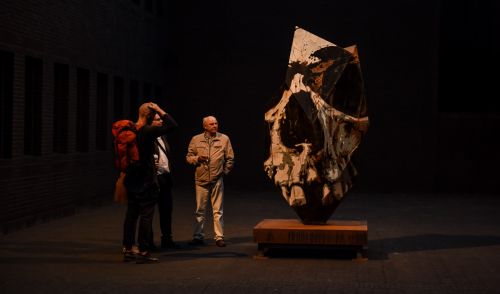 Your Art Maison Gallery and Forum Gdańsk had the honor to bring to life new artistic initiative - Kolektyw Forum. This collective is an association of extraordinary artists creating street art including Tomasz Górnicki, Monstfur, SC Szyman, NeSpoon and Seikon... 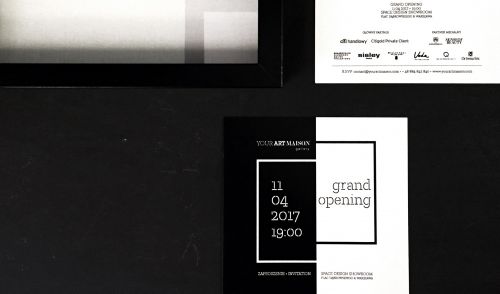 We're excited to announce that Your Art Maison Gallery has a new head-office now!
You're welcome to visit us and have a closer look at our pieces of art... 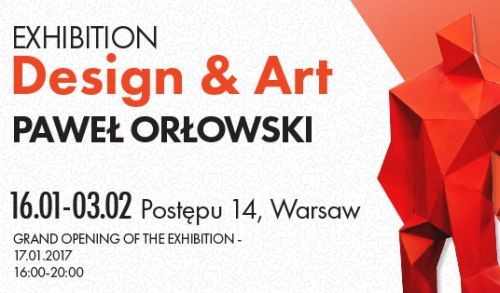 Your Art Maison Gallery and HB Reavis cordially invite to the exhibition “Design & Art”, presenting sculptures made by our artist - Paweł Orłowski [from “BOTS” series]. 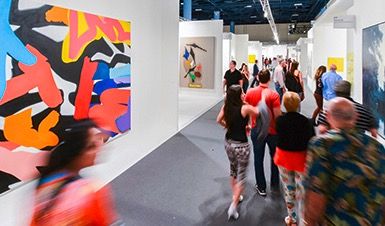 This Art Basel receives more than 70,000 visitors from all over the world. It offers a remarkable range of high-quality artworks to be seen and experienced. Leading galleries from North America, Latin America, Europe, Asia and Africa show work from the masters of Modern and contemporary art... 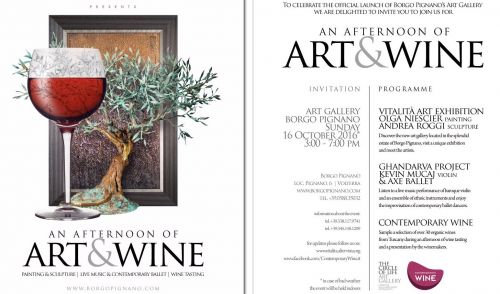 Our artist Olga Nieścier will be presenting her paintings during the afternoon of "Art and Wine" to celebrate the official launch of Borgo Pignano's Art Gallery!

The Pignano estate will be hosting an afternoon of culture where you can view a collection of Olga Niescier's paintings...

“Dog” in the garden 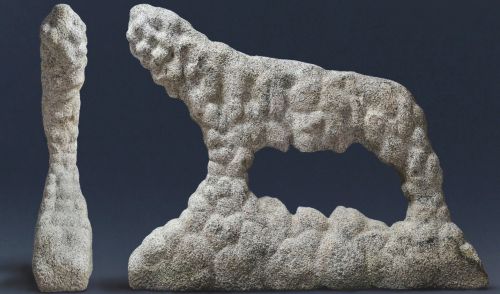 As the summer is in its zenith we tend to spend most of the time outdoors sitting back in our gardens. Why not enjoy seeing a piece of exceptional art around as well? 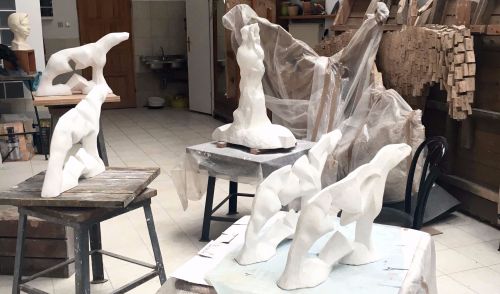 Last week we had a pleasure to visit a workshop of our artist - Antoni Janusz Pastwa. It was an extraordinary meeting with a passionate sculpturer. We’re impressed!

Antoni Janusz Pastwa was born in 1944 in Brzoza near Kozienice.
He studied at the Faculty of Sculpture, Academy of Fine Arts in Warsaw, 1964–1970, first at Professor Marian Wnuk’s studio and later at Professor Stanisław Słonina’s studio... 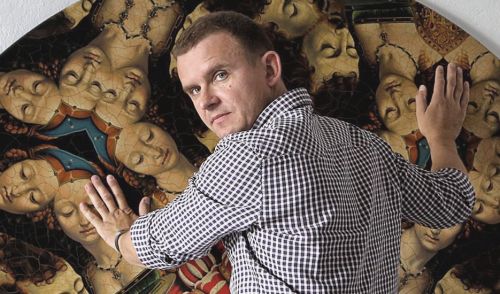 It's a pleasure to announce that Alexander Nekrashevich is now among the Your Art Maison artists!

A graduate of the Belarusian College of Arts of Arhemchik and the Belarusian State Academy of Arts, Department of Monumental-Decorative Art. Now living and working in Minsk. Seeing himself as a postmodernist meticulously working on details. Since 2004 a member of the Belarusian Union of Artists. A laureate of the competition “Eros and Tanatos” by the Ars Longa gallery, Minsk... 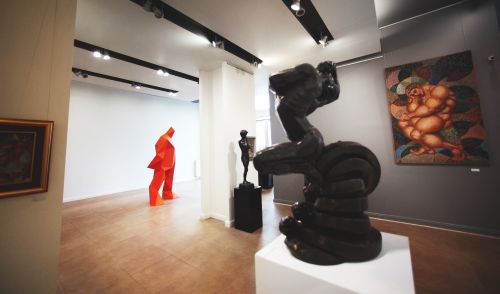 There is still time to see the sculptures by that famous artist from Cracow. They are staying at Boleslaw Biegas Museum in the centre of Warsaw until 12th June 2016.

The place, a unique building of secession, known as the apartment house of Hoser brothers, today serves as a museum of the sculpturer, painter, writer, and playwright, . It is here, where the greatest permanent exhibition of Biegas artworks is located. In such a unique spot you can see the first individual exhibition od Orłowski’s sculptures...

SPACE A -> of Bronisław Krzysztof in Warsaw 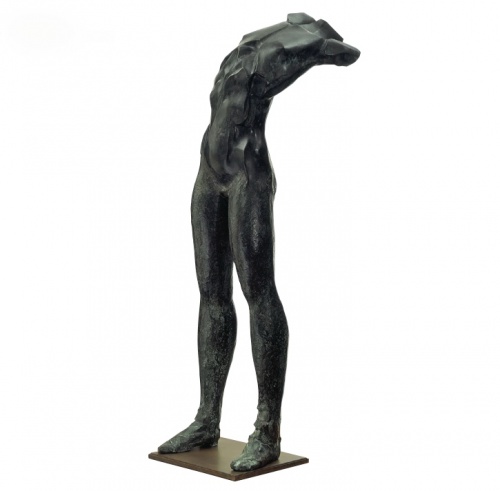 One of the leading polish sculptors presents his artworks in Warsaw. ''Space A ->'' of Krzysztof is the fifth individual exhibition in the capital, and a not to be missed chance to see the sculptures of the artist.

Bronisław Krzysztof’s artworks can be found in private collections and museums throughout the world. Over the years he has participated in 140 collective and 40 individual exhibitions in Poland and abroad i.a. in Paris, London, Monaco, Vienna, Ravenna, Tokyo and Cologne. This year the artist has also been honoured with the Medal of Merit to Culture - Gloria Artis by the Ministry of Culture and National Heritage.
''SPACE A ->'' is the latest collection of sculptures by Krzysztof. The exhibition shall display twelve artworks, including the ones from the cycle ”You” representing the idea of the human body as a simplified structure.
Where: Warsaw, Art Gallery Chłodna 31
When: 16th-26th June 2016

Bartosz Haduch amongst laureates of the 2016 Sony World Photography Awards 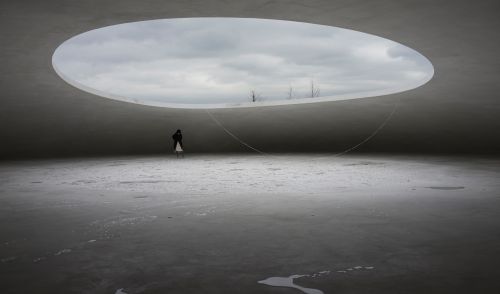 Bartosz Haduch is an architect, an academic teacher, a journalist, a photographer and the founder of the acclaimed NArchitecTURE group. Finalist or laureate in a number of internationalcompetitions he has recently won the Poland National Award at the Sony World Photography Awards.

Sony World Photography Awards is the world’s largest photography competition, coordinated by the World Photography Organisation, recognising and showcasing photographic talents across all levels, genres and areas of expertise. In 2016 (the 9th edition) Bartosz Haduch became the laureate of the Poland National Award. His „Teshima Window” photograph was chosen as the best single image from the country and commended in the „architecture” category, as one of the best 50 pictures, selected from 95,541 images submitted from 186 countries. The winning picture was taken on the Japanese island of Teshima, and it shows a refined fusion of architecture, nature and art. As a reaction to the prize announcement Haduch declared: "Architecture has always been my passion. Not only do I relish designing it, but also describing it with essays and portraying it through the photographs. I feel honoured to be granted the Poland National Award at the Sony World Photography Awards 2016".